Figs are well known for their mild laxative effect, so care should be exercised when consuming fig juice. Try a small quantity at first, prepared from two or three fresh figs.

The laxative prepared from the more concentrated, dried figs alone is so mild that it is suitable for children, so the action of the fresh fruit should cause you no alarm. However the term, syrup of figs, is often used to describe “Compound Syrup of Figs”, this stronger laxative has added senna, rhubarb and cascara extract to make it much stronger.

Figs played an important part in the diet of both the ancient Greeks and Romans. The ancient Greeks fed large quantities to their athletes, the Spartans, in the belief that the fruit encouraged strength and swiftness. The Roman's fed fresh figs to their slaves, particularly the agricultural workers, but dried figs were also widely consumed.

LEARN HOW TO GROW FIGS AND OTHER AMAZING FRUITS AND VEGETABLES HERE!

Figs are a good source of potassium, a mineral that helps to control blood pressure. Since many people not only do not eat enough fruits and vegetables, but do consume high amounts of sodium as salt is frequently added to processed foods, they may be deficient in potassium. Low intake of potassium-rich foods, especially when coupled with a high intake of sodium, can lead to hypertension. In the Dietary Approaches to Stop Hypertension (DASH) study, one group ate servings of fruits and vegetables in place of snacks and sweets, and also ate low-fat dairy food. This diet delivered more potassium, magnesium and calcium. Another group ate a “usual” diet low in fruits and vegetables with a fat content like that found in the average American Diet. After eight weeks, the group that ate the enhanced diet lowered their blood pressure by an average of 5.5 points (systolic) over 3.0 points (diastolic).

Figs May be a Sweet Way to Lose Weight

Figs are a good source of dietary fiber. Fiber and fiber-rich foods may have a positive effect on weight management. In one study, women who increased their fiber intake with supplements significantly decreased their energy intake, yet their hunger and satiety scores did not change. Figs, like other high fiber foods, may be helpful in a weight management program.

12 Foods That Give You The Best Bargain For Your Money

How To Add Ambiance In Your Patio: 10 Ideas for Patio Lights

The Off-Grid Garden: A Complete Guide to Creating a Sustainable Garden for the Home 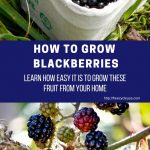 DIY HOW TO GROW BLACKBERRIES
Next Article 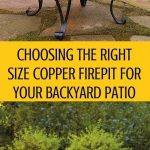