Best Vegetables to Grow During the Wet Season

Tropical countries typically have wet and dry seasons. From where I live, the wet season starts from late May and carries on until November (sometimes it even goes on well over December). This season will be quite harsh for the vegetable grower since only those that have thicker stalks will remain at the end of the season. Also, there are plenty of flowers and vegetables that grow well during this season, but only when you adequately prepare a safe location like placing them against a wall to shield them from high winds.

A helpful tip (probably, because what works for me may not work for others) is to plant upright vegetables on containers and recycled tin cans so you can quickly relocate them when a typhoon hits. Last February, I grew some tomatoes on the ground but were immediately damaged because I placed them in an open space. Moreover, they had bacterial spots on the leaf that looked like the one you see when you click the link at the bottom of the article. The reason for this probably was because I was too excited to sow tomato seeds in February that I didn't bake the soil much. As a result, harmful microorganisms that remained on the ground took over my food! 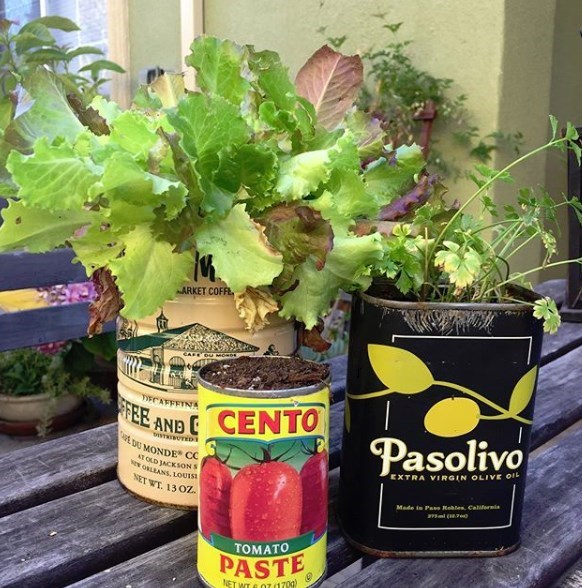 I have to have those perfect tomatoes, and that is why I am trying again. If anything, gardening has taught me how to be patient–and to grow stuff on containers so I can quickly move them anywhere I please. Also, some species of plants should be contained and separated from the rest. An excellent example of these is the pepper, which is very toxic to other plants. Another advantage of veggies planted on tin cans is that you can move them around to catch rare sunlight during the wet season.

Where I live, when there is a hurricane, the house becomes so cold, damp and musty inside. Flowers love this kind of weather but only if their roots are not drenched in water. It is the same with vegetables, I think. Here are the types of seeds that I plan to sow today on two separate 20x15x4 inches containers: arugula and lettuce–that according to the packet, grow well when the temperature is more relaxed. I have successfully grown each of them in February, although they had thin leaves and stalks, which probably was because I used a soil-less medium instead of, um, well…, soil. I don't think there was any problem with having too much sunlight. On the contrary, my arugula must have loved sunshine since they came out well before the suggested period on the packet. 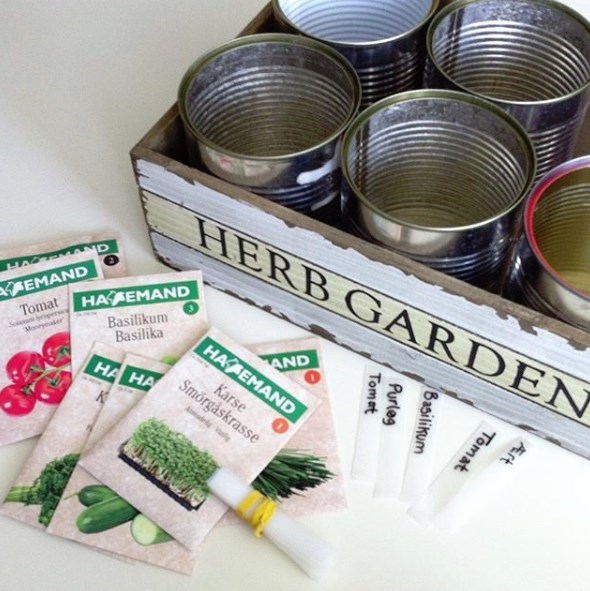 Another thing that I have learned from my February experience was to plant only one or two seeds (even if they're tiny) on one hole and to stop saving space and follow the recommended spacing in between the seeds. This will allow the seeds to grow properly. Aside from arugula and lettuce, I am planning to say goodbye to my diseased tomatoes and try again. This time, I am buying “sterile” soil to grow my tomatoes with. Oh, and maybe I will plant three more peppers, too. I love red vegetables! I will grow them in tin cans that I have collected. I have six months worth of cans saved up ready for use. Woot!

If you want some really great wet season gardening tips check out the Shoestring Gardener guide which is packed with over 300 Pages Packed of Eco-Friendly, Creatively Frugal Gardening How-Tos, Remedies & Tips.